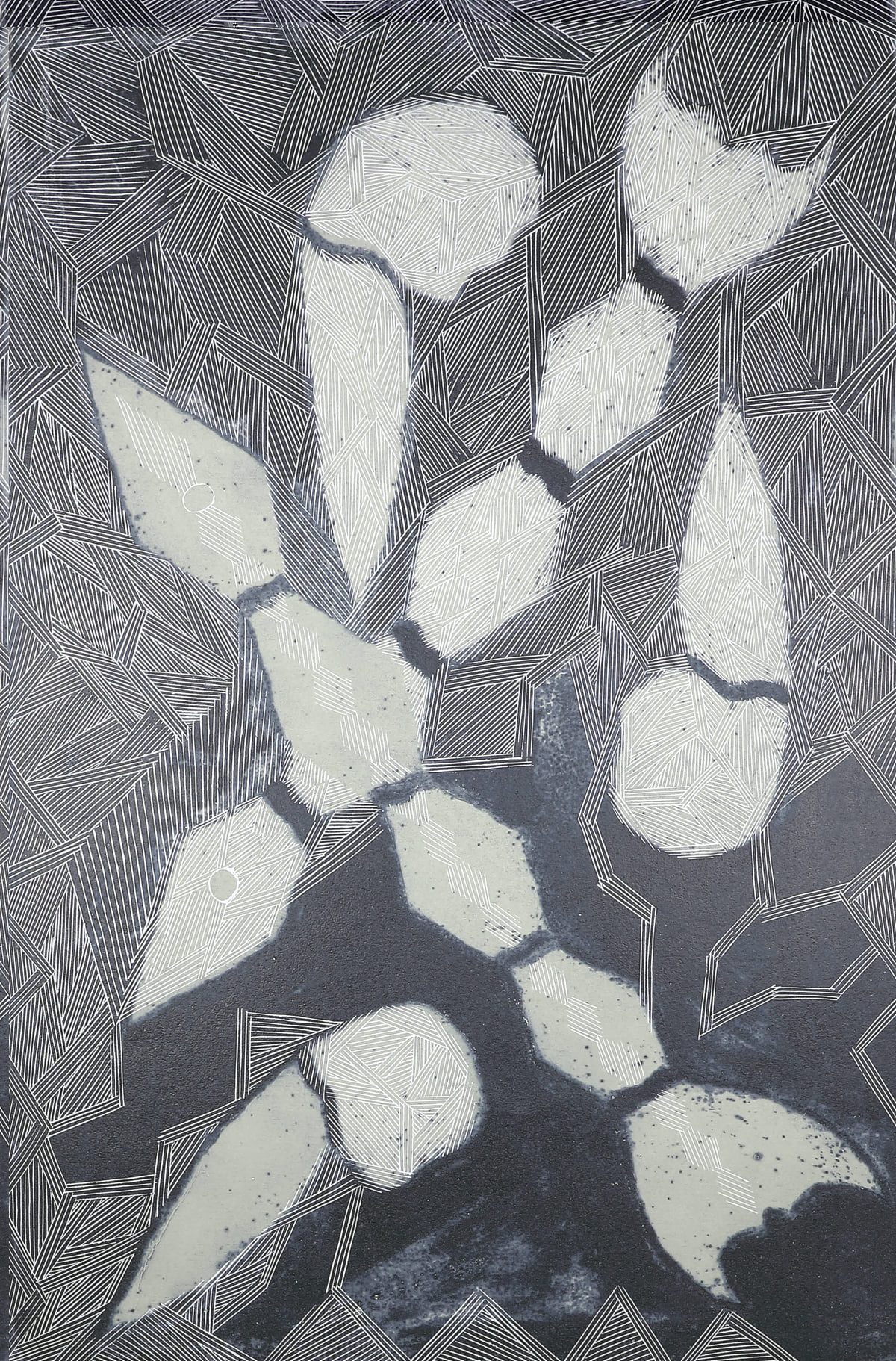 This exhibition showcases two distinctive and important bodies of new prints by Yolngu artists from the communities of Milingimbi in central Arnhem Land and Yirrkala in northeast Arnhem Land. The title of this exhibition, Bäpurru ga Bäpurru is a Yolngu expression used when describing “all the clans too numerous to mention.” Being of the same bäpurru means sharing ancestry, land, language, and sacred law. It also dictates the subjects, places and designs that Yolngu artists can depict in their art. But bäpurru can also refer to a death and the related funeral and mourning practices surrounding it. This dual meaning—of both death and family—speaks to the continuity of life within the larger cycle of ancestral connections. This exhibition is a celebration of contemporary Yolngu printmaking drawn from over twenty different clans, but it is also tinged with sadness and mourning.

In fall 2017, Joyce Naliyabu and her husband Raymond Bulambula visited Charlottesville as Visiting Fellows of the UVA Mellon Indigenous Arts Initiative. Not long after her return to Milingimbi, Naliyabu died in a tragic accident. Naliyabu was an important leader at the Milingimbi Arts and Culture center. Her fellow artists conceived a memorial on the external walls of the art center consisting of etched copper plates representing each of the clans that have contributed to the art center’s rich artistic heritage. Before being mounted, these plates were printed by Basil Hall Editions and titled The Bäpurru Suite. They are exhibited in this exhibition with the marradjiri (ceremonial pole) created by Bulambula and Naliyabu with students from UVA.

Alongside The Bäpurru Suite is a complementary set of eight collagraphs produced by senior artists from Buku-Larrŋgay Mulka Centre at Yirrkala. Founded in 1995, the Yirrkala Print Space is the oldest Indigenous-owned and run print studio in Australia. This set of works is the result of workshops with printer Sean Richard Smith in which the artists experimented with collagraph techniques involving the layering of glue, sand, and leaves to a board, which was then printed. A second layer of fine, screen-printed designs was then overprinted. Beyond innovating in color, form and technique, these prints show a continuing commitment by Yolŋu artists to the imagery of their clans and country. Taken together, these prints from Milingimbi and Yirrkala show Yolngu artists embracing the medium of printmaking to look to both the past and the future: all the clans, bäpurru ga bäpurru, working side by side to keep the cycle of life continuing.