Gestuelles – The art of transmission by Aboriginal desert women

Curated by IDAIA – International Development for Australian Indigenous Art, in partnership with the Embassy of France in Australia, the Alliances Françaises in Australia and Air France. 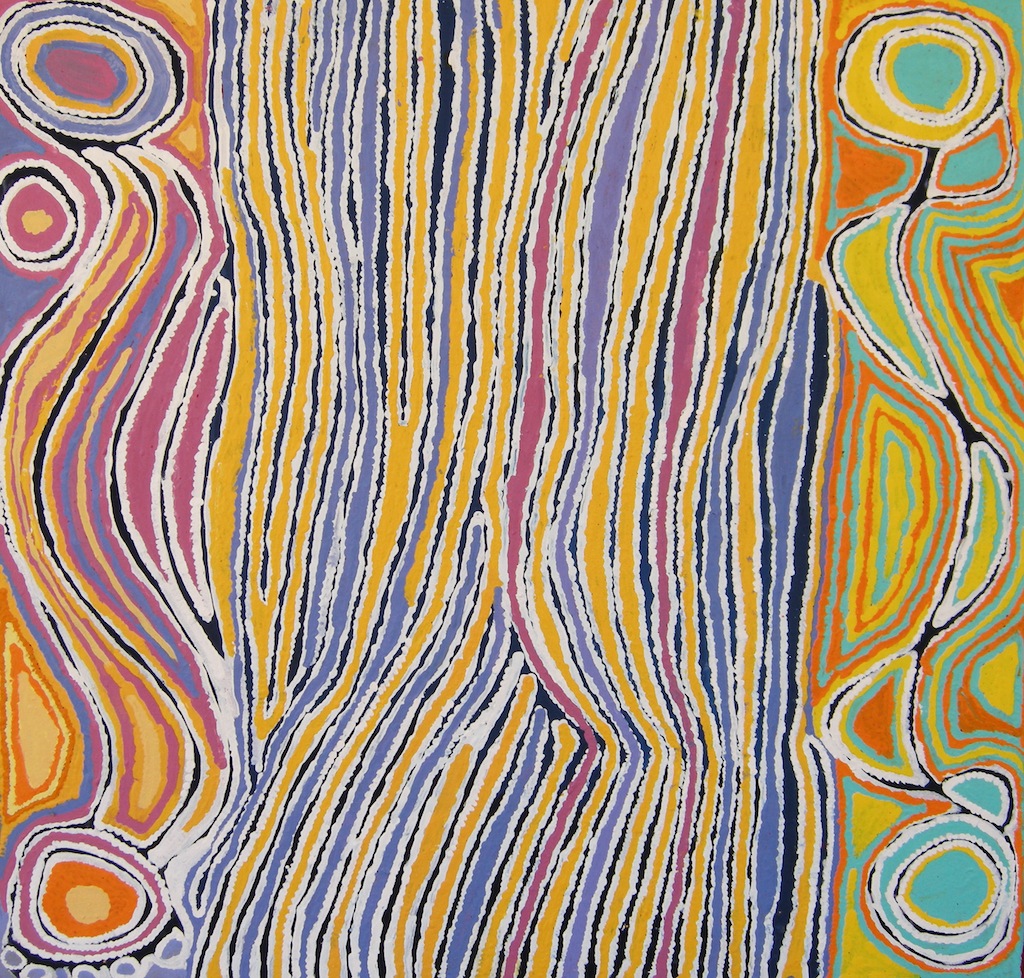 Gestuelles presents works of Aboriginal women painters from desert communities where the emergence of acrylic painting and the understanding of women’s role have significantly been encouraged by two prominent French women anthropologists : Françoise Dussart in Yuendumu and Barbara Glowczeski in Balgo Hills.

The strong, historical links between France and Aboriginal art offer a rich and fertile background – from the research and writing works of French ethnologists and anthropologists, their interventions in Aboriginal art communities, to the development of important public Aboriginal art collections in France and the exceptional Australian Indigenous Art Commission at the Musée du quai Branly in Paris.

Gestuelles is first being held in Australia’s capital Canberra from 23 May to 15 June, notably to coincide with the 2nd National Indigenous Art Triennial at the National Gallery of Australia, and in the light of a landmark exhibition to be hosted by the Musée du quai Branly in October 2012: Tjukurrtjanu, Origins of Western Desert Art from the National Gallery of Victoria, celebrating the 40th anniversary of both the genesis of the acrylic art movement in Aboriginal deserts and the creation of one of the first Aboriginal art centres.

After a successful opening in presence of H.E. Mr. Stéphane Romatet, Ambassador of France in Australia and a one-month exhibition at the Alliance Française de Canberra, Gestuelles has then embarked on a national tour across Australia’s main cities, including Sydney, Brisbane and Melbourne.