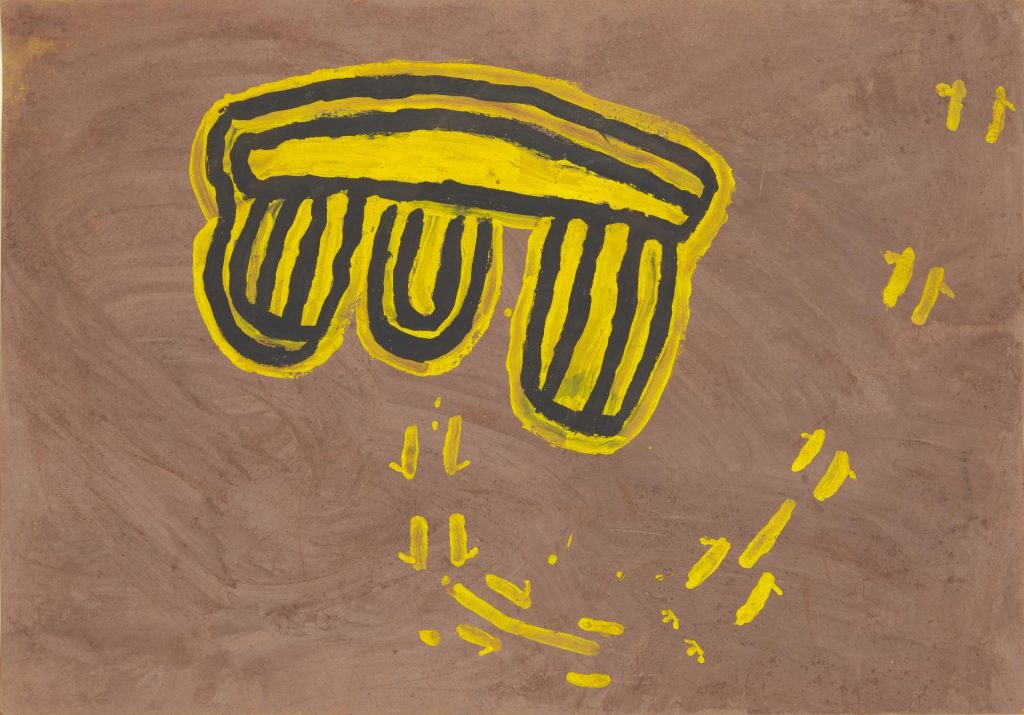 This exhibition explores drawings and markings of figures, signs or text made on public surfaces across Indigenous Australia, from rock face to now. The impulse to draw and make images is deeply embedded in Indigenous cultures throughout the world and is fundamental to the human experience.

In Indigenous Australia, permanent and impermanent ochre drawings and incised markings occupy the surfaces of rock faces, ground and body. This exhibition shows that this ephemerality can be counteracted by the inventions of Indigenous artists who reimagine a recovered and regenerated visual language and thus present new forms of aesthetic durability.

For instance, ochre images that stain the rock escarpment of Western Arnhem Land have been re-imagined on bark or in sculpture. Artists of the Western Desert transfer designs from the ceremonial ground and body to the wider world of circulating images on gallery walls. Reko Rennie and Brook Andrew translate incisions on carved trees or shields into bold neon icons, whereas Josh Muir and Hannah Brontë use video art to communicate voices of dissent, create dialogue between groups and to effect change.

Drawings made on public surfaces can communicate a voice of dissent as well as affirmation. An unbroken visual phenomenon, such communication of Indigenous presence and primacy attests to the continued relevance and power of Indigenous expression within the art canon of this nation and beyond.