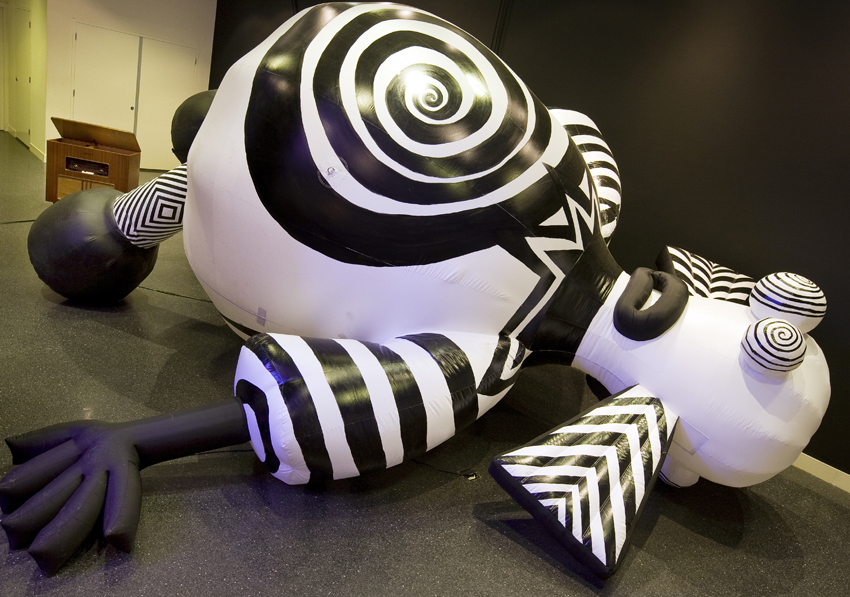 Curated by Paul Matharan (Curator of Non-European Collections, Musée d’Aquitaine) and Arnaud Morvan (Anthropologist, Laboratoire d’Anthropologie sociale, Paris), the show adopts a broad historical and artistic spectrum by exploring the History of Australian Indigenous Art in its relationship to the ancient and the modern, the old and the new.

The exhibition combines traditional works (including ceremonial objects and artefacts) and contemporary artworks, aiming at understanding the transformations and dynamics of this artistic tradition dating back to more than 40,000 years ago, and which is at the origin of numerous contemporary art movements in Australia.

European colonisation of Australia in the late 18th century led to the partial dislocation of the 250 Aboriginal cultures present on the continent. However, ritual art, at the heart of religious and social life, has survived in many regions and constitutes the basis for new art forms that have emerged as creative responses to the European invasion. Ground painting, body painting, rock art and ritual performances have thus been transposed to new mobile and permanent media: bark, canvas, photography, video and installations revealing a profound capacity for both formal and conceptual innovation. In other regions, Indigenous artists build on international art history to reinterpret their own cultural heritage. While the majority of traditional practices show a spiritual relation to a sacred geography, the current works also serve to define the place of contemporary artists in a globalised context.

The exhibition investigates the central issue of authenticity which affects most post-contact artworks and aims to demonstrate that tradition and modernity have always been simultaneously active in Australian artistic expression. Many Indigenous artists, with various intercultural influences, are today redefining their material culture in creative ways, conferring upon it a multiplicity of meanings. The exhibition intends to reveal this movement as the renaissance of an ancient culture by linking contemporary works to their traditional sources.

In a 700m2 museum space, the exhibition will present a selection of around 150 works by 60 Indigenous and non-Indigenous artists, including cultural objects, artefacts, bark paintings, acrylic paintings on canvas, photographs, video works and installations.

The exhibition is divided into two major sections devoted respectively to the historical and formal aspects of Aboriginal art, each section being divided into ancient and modern works:

– a first section entitled “Histories” and examining Aboriginal artistic productions before, and then after the colonial contact;

–  and a second section dedicated to the “Forms” of Aboriginal Art and their transformations, exploring in turn the visual correspondence between ancient sources and contemporary creations, and phenomena of entanglements, intercultural junctures and cross-fertilization in contemporary Aboriginal Art.

A bilingual catalogue of some 200 pages, including a dozen international scientific contributions, will be produced for the occasion, enabling further illustration and exploration of the exhibition’s theme. 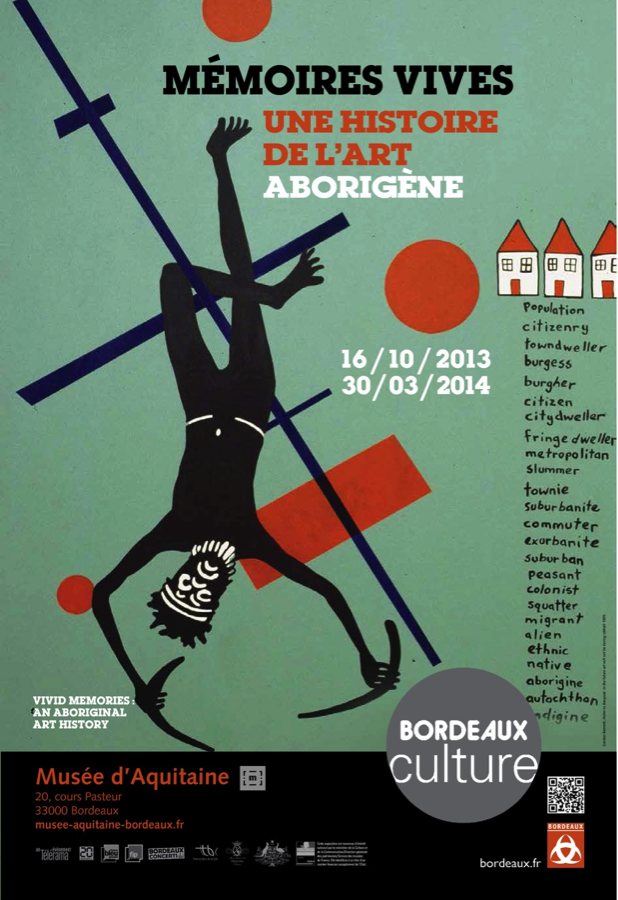