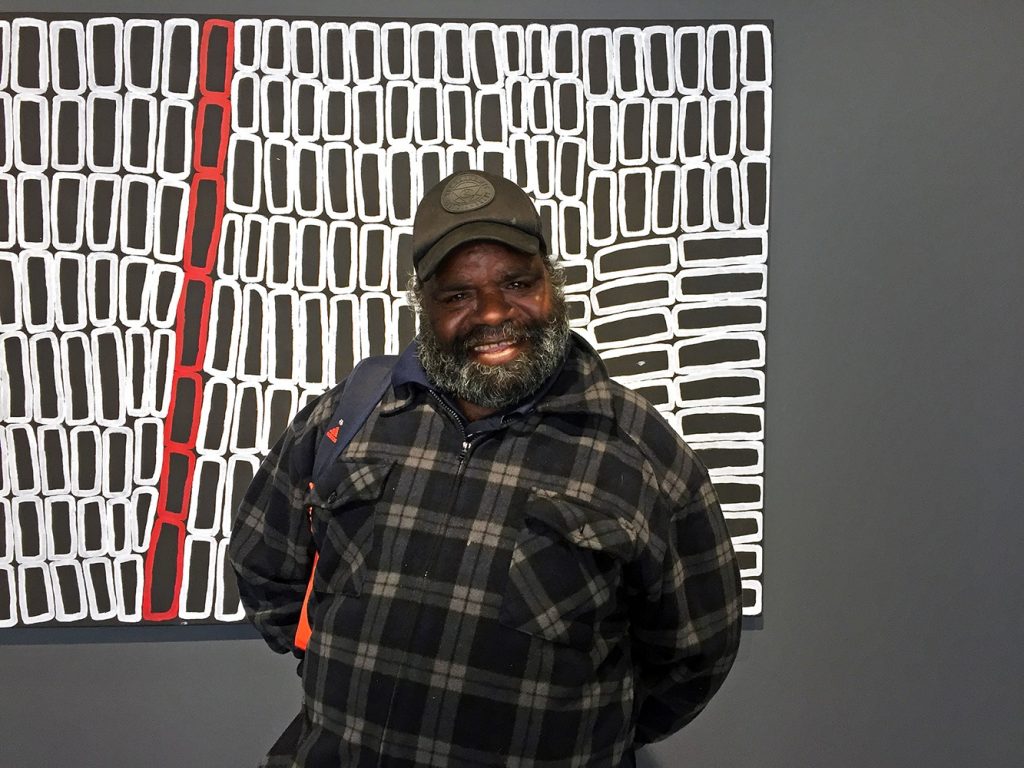 For Aboriginal people, Country is an integral and inseparable part of the human being. When Walala Tjapaltjarri (c.1967) paints the ancestral land of the Pintupi people which he belongs to, he highlights the strong spiritual connection linking him and Country and thus creates a portrait of himself.

Walala Tjapaltjarri is one of the last Aboriginal people who have lived a traditional life. He and his family joined modern society in 1984 by walking out of the Gibson Desert 800 km from Alice Springs, where they lived reclusely, as nomads perfectly mastering the complexity of their harsh environment. Two years later, he started to paint by reproducing images of the Tingari cycle, sacred songlines that relate to Ancestors of the Dreaming who shaped the landscape of the region, to law on initiation and to patterns painted on the body during eponymous ceremonies. In the late 1990s, he developed his own artistic vocabulary, a rhythmic and powerfully graphic abstraction of traditional Pintupi motifs.

The paintings selected for his 1st solo exhibition in Europe, created in the last two decades, are characteristic of his work. Rectangle structures or curved lines on a monochrome background depict a physical and spiritual mapping of his territory, of the sandhills, sacred mountains or waterholes inseparable from his own existence.