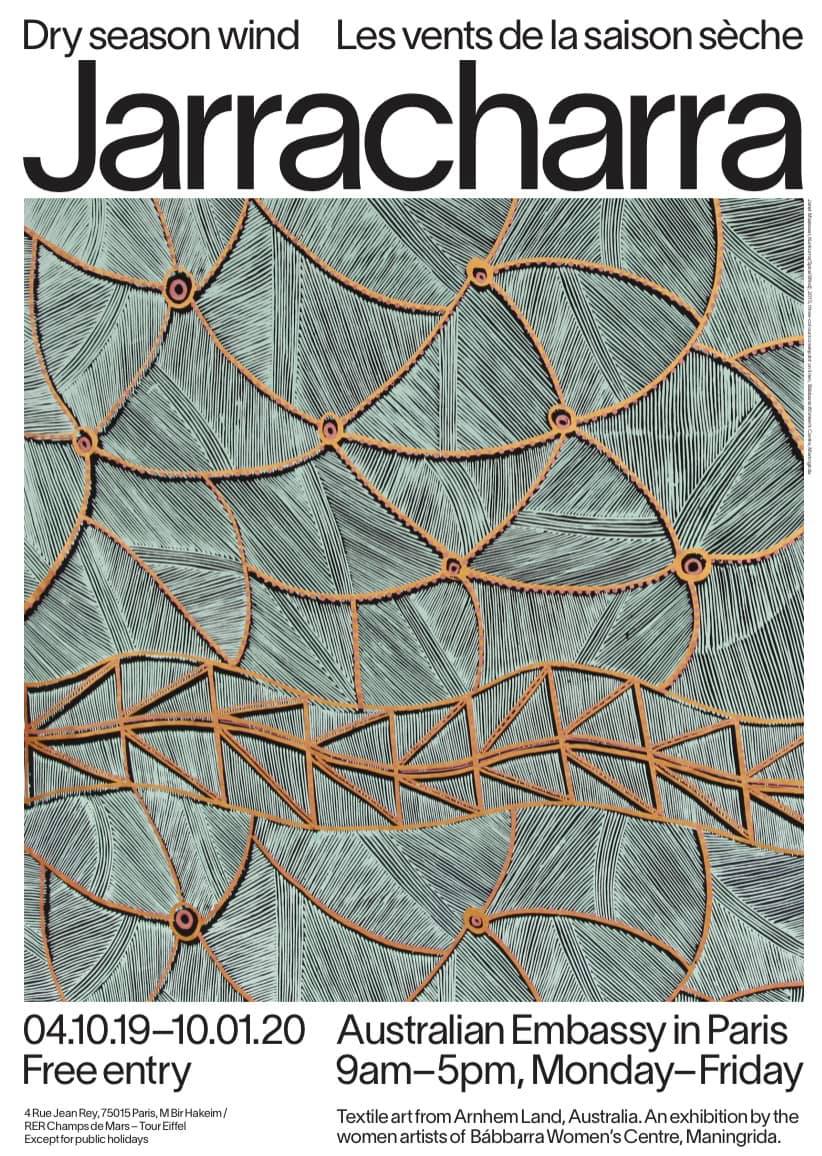 Women’s deep and intrinsic cultural knowledge runs through all the works in this exhibition.

Jarracharra is the powerful cool wind that blows across Arnhem Land each dry season, signifying the beginning of a period of exchange between clans and an annual ceremonial coming together.

Jarracharra, a term in the Burarra language, represents a metaphor for the way the Bábbarra Women’s Centre brings together different Aboriginal cultures and stories from across Arnhem Land.

The exhibition presents a rich variety of textile designs from a range of Bábbarra eras. The works hang together cohesively as one body, in the same manner diverse artists operate together at Bábbarra as one family.

The artists featured in Jarracharra often speak or understand more than six living Aboriginal languages, and have complex social and ceremonial links with all neighbouring groups. The majority of artists in this exhibition are Kuninjku; however, there are also artists from the Gurr-goni, Ndjébbana, Mawng, Burarra, Djambarrpuyngu, Djinang, Rembarrnga, Kriol and Kune languages.

The screenprint designs shown in Jarracharra were developed over many years with generations of women during Maningrida community workshops.

Jarracharra winds have brought people together for ceremony, dance and ritual for tens of thousands of years, just as the Bábbarra Women’s Centre has brought diverse women and languages together for over 35 years.

Click here to view photos of the exhibition and opening events

SOURCES: Bábbarra Women’s Centre and Embassy of Australian in France.

View the photos from the event