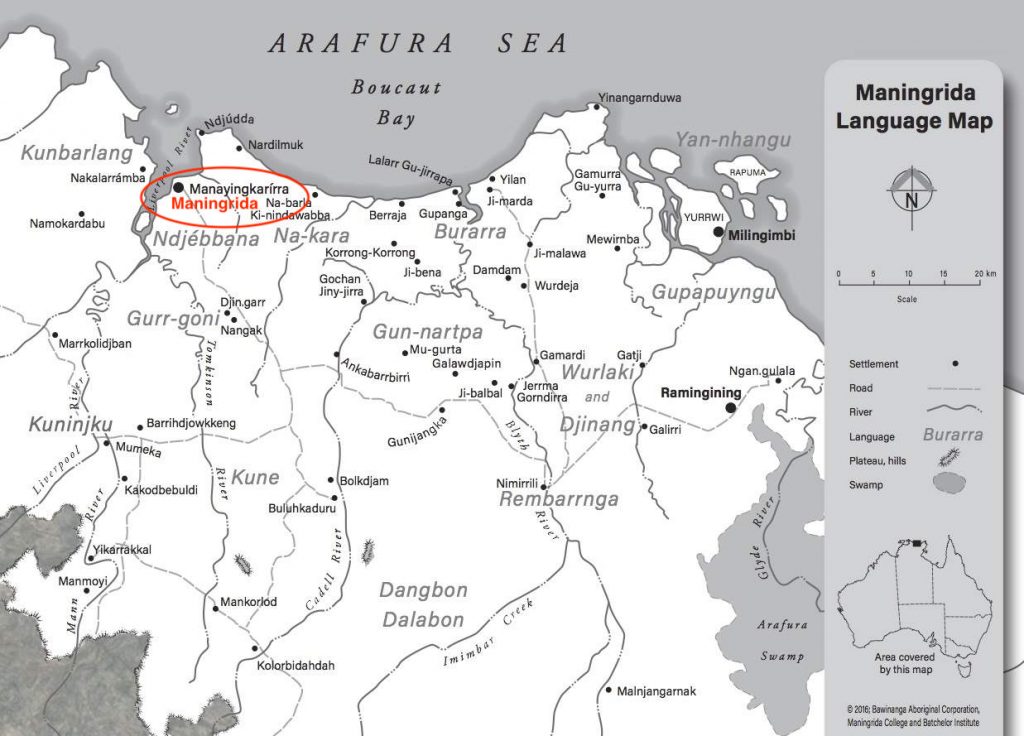 The art centres Bábbarra Women’s Centre and Maningrida Arts & Culture are based in Maningrida, on Kunibídji country in Arnhem Land in Australia’s Northern Territory. The area where artists live encompasses 7,000 square kilometres of land and sea, and over 100 clan estates, where people speak more than 12 distinct languages. Aboriginal people in this region are still on country, surviving and resilient because their country is the centre of their epistemology, their belief system, culture – djang/wangarr.

Ways of learning and schools of art in Arnhem Land are based around a system of passing knowledge and information on to others. The art here has its genesis in body design, rock art and cultural practices, in concert with more than 50 years of collaborations, travel and political action to retain ownership of country. Values and law are expressed through language, imagery, manikay (song), bunggul (dance), doloppo bim (bark painting), sculptures, and kun-madj (weaving) – the arts.

Artists represent and sculpt cultural objects that are an integral part of ceremonial and everyday life for the Aboriginal people of Arnhem Land, including:

Among the subject matter of artworks are spirit beings such as:

The artists also represent powerful beings who transformed as they moved across country, before humans arrived. They only illustrate figures they have the cultural custodianship and family permissions to depict. These beings include: